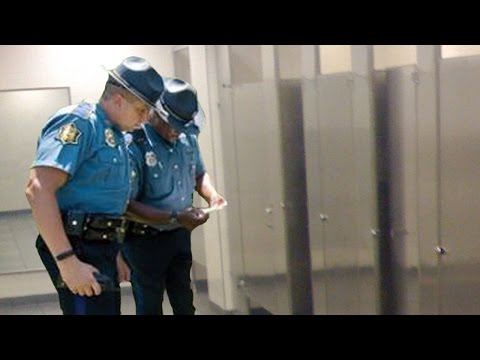 I am not transgender. I am not someone pretending to be transgender or someone who fully understands all the nuances of the gender identity spectrum. I am however what some would call a “trans-ally” in that I have advocated for equal rights of transgender people, and I don’t believe transgender folks should be harassed, beaten, or killed for trying to live their lives and certainly not for trying to pee or poop in a public restroom. For the purposes of this post let’s quickly look at the “Wikipedia” definition of Transgender before moving on: Transgender people are people who experience a mismatch between their gender identity, or gender expression, and their assigned sex. Transgender people are sometimes called transsexual if they desire medical assistance to transition from one sex to another. Transgender is also an umbrella term: in addition to including people whose gender identity is the opposite of their assigned sex (trans men and trans women), it may include people who are not exclusively masculine or feminine (people who are genderqueer, e.g. bigender, pangender, gender fluid, or agender). Other definitions of transgender also include people who belong to a third gender, or conceptualize transgender people as a third gender.

For many years as a member of the NYPD I was involved in different aspects of training and I did become educated on the subject, particularly after 2003 when I was working for the Chief of Community Affairs and one of my main assignments was to act as a liaison to the Lesbian, Gay, Bisexual, and Transgender (LGBT) Community. I had for many years conducted the “gay 101” class as part of the cultural diversity course the NYPD had in their recruit Behavioral Science curriculum as well as executive training courses. The big difference between doing that class circa 1993 and now is that while some officers still have certain issues with gay, lesbian, and bisexual aspects of sexual orientation, many of them in 2016 know someone personally and/or have been exposed to the subject enough to know that relationships are relationships and whatever officers of mixed gender relationships fight (or laugh or cry) about is very similar to what same sex couples are doing and the biggest difference is the obvious one (about who they are having sex with). So it would seem that understanding, tolerating and even accepting differences in sexual orientation is more of the norm now than ever before. Understanding, tolerating, and accepting differences in gender identity however seems to be a gorilla of a task as even some who are gay, lesbian, and bisexual don’t get “the whole trans thing” sometimes as cisgender (non transgender) folks.

In 2008 in response to a series of complaints from the LGBT community about how officers were treating members of the LGBT community, specifically transgender individuals, I had a meeting with my chief in which we agreed that there is likely a training issue to be addressed and that I should meet with the Deputy Commissioner of Training to discuss it. I did, and I suggested that we have an immediate review of the student reading of the lgbt portion of the “Policing in a Multicultural Society” lesson, but to have it reviewed by a cross section of the lgbt community well versed in such trainings. So I coordinated a work group of a ten or so lgbt organizations from all 5 boroughs of New York City. In this work group were two additional organizations of which would normally hit heads with the police regularly. One was the NY chapter of the ACLU, and the other was Amnesty International. Whoa! This grouping of organizations to my knowledge was unprecedented, but necessary. Why try to reinvent the wheel and spend untold numbers or hours trying to research when the knowledge we were seeking was within the members of this work group sitting around the table? The reviewed the 3 pages of reading on the lgbt community which was about 20 years out of date and very light on “trans” language and content and within 6 months rewrote about 90% of the lgbt portion of the reading which now spans almost 3 dozen pages. The information is much more current, concise, factual and after being screened through the NYPD legal bureau, it provided a much better understanding to a student and seasoned officer as to the ABC’s of LGBT. During the process of rewriting that material it was discovered (although already known to me, and reported to deaftone ears), that the NYPD was in violation of NYC Human Rights laws of 2002, in that transgender people were supposed to have been treated based on the the gender they identify with vs. whatever their genitalia was. So an offshoot of our workgroup was formed to now work with the police commissioners office and the Office of Management and Planning to work on revising the NYPD patrol guide to be more transgender inclusive. That process took 4 years and in the spring of 2013 a dozen procedures were altered to include transgender language where none had existed to date. 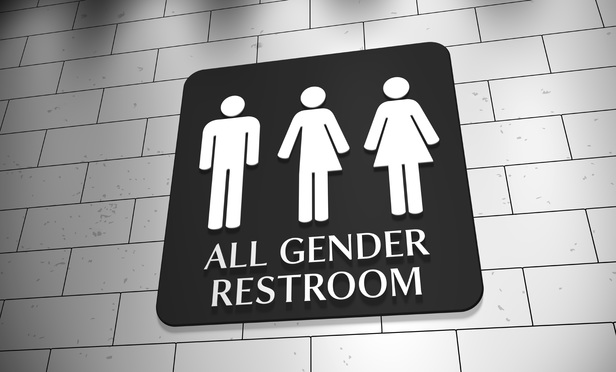 The following was reported recently by Casey Harper of the Daily Caller in regards to the recent national attention given to the “transgender bathroom use” issue suggesting the Supreme Court could very well hear this case at some point:
“The transgender bathroom issue grabbed national attention when the Department of Justice sent a letter to North Carolina officials telling them their newly passed LGBT law violated the Civil Rights Act and put hundreds of millions of dollars in federal funding in jeopardy. The North Carolina law requires people use the restroom that corresponds with the sex on their birth certificate and bans local governments from making LGBT ordinances. The law has been the source of national debate and multiple boycotts. The Department of Justice said the law violates Title IX and Title VII of the Civil Rights Act. Title IX bans educational discrimination on the basis of sex, and Title VII bans employer discrimination. If the state refuses to comply, it could lose hundreds of millions of dollars in federal funds…University of Richmond Law Professor Carl Tobias told The New York Times that because there are multiple transgender cases in different federal districts (North Carolina and Texas), they could have conflicting rulings. That would make the Supreme Court more likely to take up the case. “The Fifth Circuit has been pretty amenable to lots of arguments by Texas,” he said. “It could set up that kind of situation where the Supreme Court may want to take it.” 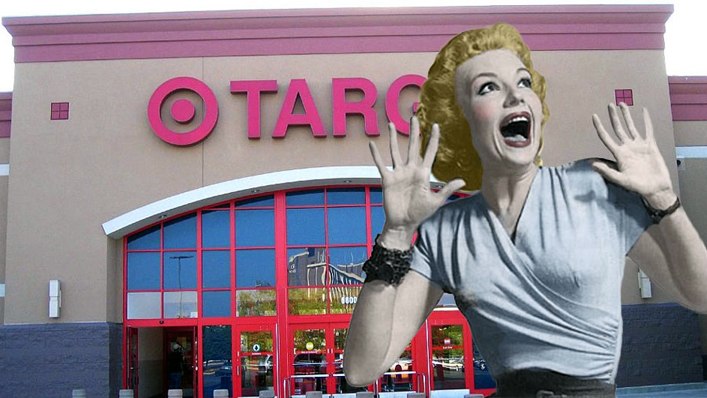 The uproar over some businesses trying to be as inclusive of all their customers as possible has spawned a backlash of protests and outright boycotting of those businesses. Performers like Bryan Adams and Bruce Springsteen among others have since boycotted North Carolina by not having planned concerts there until they change their laws to be more inclusive of lgbt people. It has clearly struck a chord with many folks. The biggest misconception I have seen, even in the number of debates and arguments on Facebook, Twitter, and other social media is that transgender people are all pedophiles and that by allowing them to go to the bathroom with which they identify will somehow be putting all of Americas children at risk. According to the FBI 80% of child molesters are white men (who most times identify as heterosexual and cisgender/non-transgender). In nearly 22 years of policing in New York City, which has one of the largest transgender populations on the planet, I couldn’t even think of the last time I heard of a transgender person being arrested for child molestation, never mind in a bathroom. I am not saying it doesn’t happen, but I do not believe the narrative that allowing transgender people to use the bathroom of their choosing is putting anyone at risk. Will there be times where opportunistic sexual deviant mutants will use this to their advantage, claiming to be transgender to spy on or go after women and children in bathrooms? Absolutely, and while my punishment for that behavior might make even ISIS cringe I think we need to keep in mind that there is a huge difference between someone using a bathroom for it’s intended purposes and those who are using the bathroom and these inclusive bathroom laws to their sick, twisted advantage. If someone is in the bathroom for some illegal, twisted reason other than to use the bathroom they need to be arrested and have the highest punishment allowable levied against them. Period. That is of course assuming that the angry parents, guardians, or other interested parties of a victim do not get to the predator first. 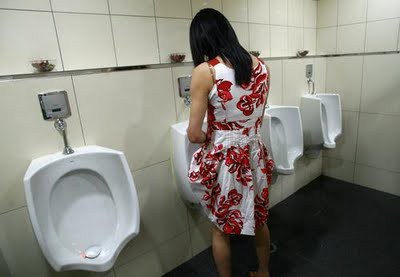 One of the biggest transphobic comments I’ve seen is along the lines of “if the person has a dick, then they should be in the mens room. period.” and “what would my daughter think/say if some dude in a dress were in the womens room”. The answer would play out as shown in the picture above. Does that make it any better for a 6 year old boy peeing at the urinal next to this transgender woman? When revising the NYPD materials a few years back I was told, at that time, that only about 20% of transgender women (male to female) go through sexual reassignment surgery, and only about 5% of transgender men (female to male) go through “SRS”, so clearly not everyone is going to have the body parts one would expect of someone identifying as a (trans)woman or a (trans)man. There are a number of reasons for that, but usually cost is the biggest factor among others as multiple surgeries are tremendously expensive. It is important to remember it is not the body parts that identify the gender of a transgender person. For the average “cisgender” person it is a very confusing concept because they have not had to struggle with what their gender identity is as transgender people have had to do for many years of their lives. Being confused by it is not the problem, it is what people do when they are confused. If they educate themselves on the subject and/or choose to treat people with dignity and respect then that is what is really needed so transgender people are not targeted (at Target or anywhere else). If anyone needs to be targeted it is those mutants within our society who are sexual predators and choose bathrooms or other places to go after others. THAT is where the (societal) policing should be focused, not going after those folks who are already being kicked to the curb because they are different, and not yet fully protected under the laws thus being treated like 2nd class citizens. If we are supposed to be setting the standard for the world, then we need to act more like it which includes being inclusive of peoples differences, not outcasting people due to their gender identity, sexual orientation or any other reason. It flies in the face of the very principles of why this country was created to begin with, and a “divided states” of America is not something that will serve us well with the challenges of today and the future.