Al-Qaeda who? It seems like just yesterday that the most hated group on the planet was the folks over at Al-Queda (.com). If you live in or have family or friends in Israel you might think Hamas or Palestinians in general are the arch enemies, always. Of course if you are Palestinian you would probably say the Israelis are evil. Depending on where you are in the world you probably have a group near you that are the splinter in the finger of your life, but suffice to say for most of the world since 9/11 I think it’s mostly been Al-Qaeda. Well, it seems as of late Al-Qaeda is being surpassed by ISIS as THE most hated group of extremist mutants on the planet. They’ve been very busy this year alone attacking and killing around 1,000 people and injuring hundreds more.

Let’s tally their deadly accomplishments so far in 2015 ( in the name of Allah of course ):

And as of the writing of this post earlier today was an attack at a mall in Mali which may or may not have been committed by ISIS directly but an Al-Qaeda supported group ( seems all the same to me at this point ). The one thing I have learned from direct experience having been at the 1993 World Trade Center bombing as well as at the World Trade Center the morning of 9/11, is that terrorist attacks are one of the most gruesome scenes you would ever want to be at. It’s is almost surreal when it happens because it’s something you’d possibly see in a movie and in a bizarre life imitating art twist boom, there it is, total chaos and destruction happening in real time. There will be blood. A lot of it. There may be survivors and if there are they are probably going to be in pretty bad shape if they were in close proximity to an explosive device and / or if they took one or more bullets in a shooting. Regardless of how much training a police department gives its officers there really nothing that can fully prepare a police agency for the level of chaos and mayhem that a terrorist attack provides. There is so much happening at one time that it becomes a sensory overload, because your instinct as a first responder is to want to rush in to help people escape harm and to stop the person(s) responsible for causing the incident, but at the same time you’re attempting to process how many of them are there, will it be explosive device(s) only or will there be people shooting as well? Where are the devices and the shooters? Will I be able to find them before they find me or one of my co-workers? How many cops, firemen, EMT’s, security people, and citizens are going to die right now? Why the f*ck is this even happening?? It’s a lot and quite frankly it goes way beyond the standard cops and robbers job that police officers signed up for. Unlike the common gang member, rapist, robber, burglar etc who terrorize towns and cities in every country, every day, “terrorists” are a special breed of sub-human. Reports have stated that many of these recent attacks are due to what is happening in Syria and others with what has happened in Iraq over the years. Clearly there have been mistakes made in both those countries with what has occurred there over the years, but attacking, injuring, and killing innocent people with bombings and shooting is not an answer to solve anything. Capturing and burning or beheading people is also beyond most people’s comprehension nevermind trying to justify taking that action. Ever. Doing in the name of God ( whatever God you believe in ) makes it even more douchey. We all know that organized religion has been the cause of more oppression, injury, death and destruction in the history of mankind since the beginning or recorded history. You would point to just about every religion and find examples of a person or group of people being associated with that religion or carrying out some horrific act of destruction on behalf of that religion or en “extreme” view of that religion. What it has been doing, at least since 9/11 has spotlighted the Islamic religion and broad-brushed all Muslims as being crazed maniacs who want to see the world burn. I do not believe that is true of all Muslims. I have worked with a number of Muslim police officers who were devout Muslims and great police officers who played well with Catholics (like myself), buddhists, and even the Jewish cops as well as other denominations. Does it seem like there are an awful number of “extremist” Muslims causing havoc in every corner of the globe? To me? Yes. The media coverage of what the extremist factions of the Islamic religion are certainly enough to make one think that ALL Muslims are that way which perpetuates the Islamophobia that many have with all of these events that have occurred. A “phobia” is an irrational fear of something. I have an irrational fear of heights…I always have and I probably always will, but after having flown many times, skied a number of times, lived on the 32nd floor of a 34 story building in Manhattan for 2 years, I really have no real reason to fear heights which is what makes it “irrational”. Islamophobia is the same premise, in that you have an “irrational” fear ( or distrust ) of people of the Muslim faith and treat them all the same way regardless of whether they are or are not part of some radical / anti-west faction of a religion that 1.5 billion people practice. Look, after having been through 2 terrorist attacks, the second causing the most deaths on American soil since World War II and perpetrated by “Muslim extremists” I have more than good reason to not trust Muslims. So I make every attempt to treat people based on the “content of their character” as a wise man once said. Having said that do I think we need to clamp down on our borders, be extreme with our filtering of “refugees” coming into the United States and have a collective effort to make sure that people are keeping their eye and ears out for any behavior that may be remotely terroristic in nature? Absofrigginloutely. I may have been born yesterday but it was early yesterday. We live in some crazy, unstable times, so while we should be treating people based on how they are treating us, this is not a time to not be “sensitive” or “politically correct”  and letting our guard down. At. all. 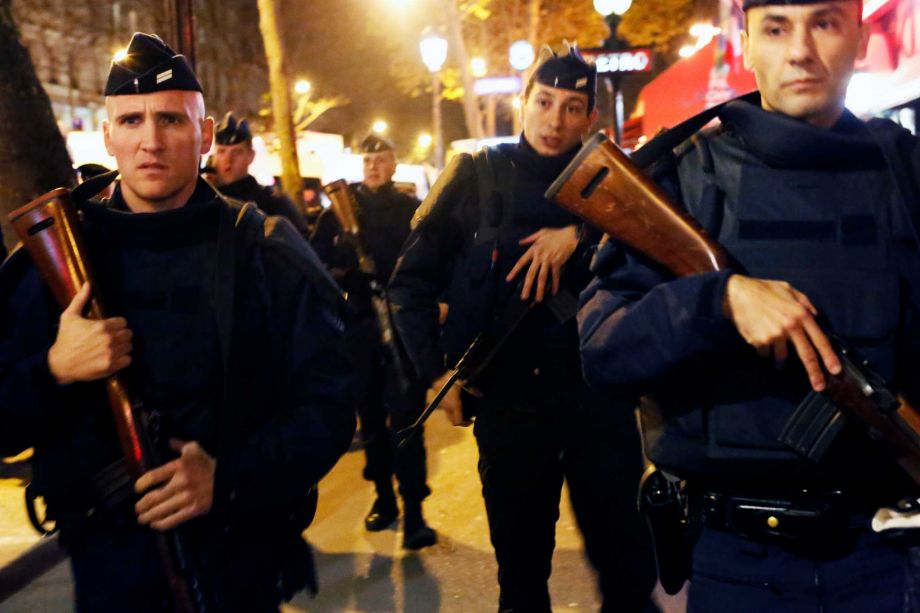 I’d be remiss if I did not commend the Paris police forces in the exceptional job they have done since the minute these attacks took place. They have not been messing around, conducting dozens and dozens of raids arresting a number of people and killing the “mastermind” of the series of attacks in Paris according to published news reports. The government has taken swift steps to lock France down into a state of emergency, and understandably so. They have secured their borders and are doing everything possible to thwart any additional attacks by working with their neighboring countries (Belgium in particular) as well as law enforcement agencies from around the world. Days after the Paris attack, ISIS threatened New York City, specifically the Times Square area (“crossroads to the world”), with an attack. Of course the NYPD in their typical fashion immediately stepped up security again as they did after the attacks in Paris became known. WIth the annual holidays nearly upon us I would imagine these extra layers of security will be in place for weeks to come and then reassessed after the new year rolls in. 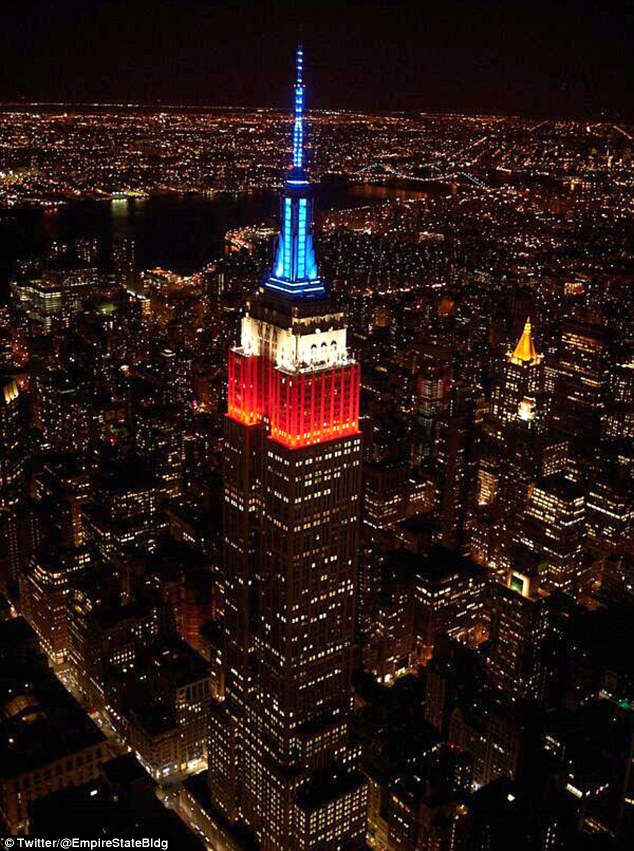 Security is everyone’s responsibility. Let me just re-state that just in case I said it too quickly. SECURITY. IS. EVERYONE’S. RESPONSIBILITY! The police or other law enforcement / protective agencies can NOT do it on their own. In the United States we have an interesting situation where everyone is worried about ISIS coming to the U.S. and killing Americans while so far this year to the date of this posting nearly 12,000 Americans have killed other Americans with firearms, not to mention death with vehicles and other means. Don’t forget those who are injured and killed because the offenders didn’t like the victim because they were gay, black, white, Jewish, Muslim, or Transgender. We have some serious issues in this country. Americans first and foremost need to stand UNITED, regardless of our differences because we have bigger fish to fry than worrying about who you sleep with, what the color of your skin is, what gender you identify with, or what religion you practice. The way to best secure our country, (or any country) is to stand as one people and make every attempt to be vigilant in looking out for anything that may be remotely harmful to us. We, for the sake of our children should continue to lead “normal” lives, as normal as could be in the state of the world we live in. BUT – also keeping our COLLECTIVE eye on the ball and acting as a unified people to thwart potential incidents from occurring and if they do happen, to exhaustively hunt down those responsible to prove to them that whatever chaos they bring to our doorstep, it will not make us crumble as a society, but it will make us stronger as a “United” States. I do not see an easy end to this threat as this is not your classic country vs country skirmish. This is a battle against a number of “people” who believe in an extreme, perverted version of a religion in which people are willing to give their lives for thinking they are some sort of martyr and great things await them. Not even in the worst crackheads I ever dealt with did I see that level of delusion. That’s why I hope that America can get it’s own house in order, and fast because we truly need to stand together from this point forward if we really value this country and what it stands for, and to secure it for our future generations to come. It’s not going to be easy but it will take every last one of us to do the best we can to get us there. I really don’t see any other choice but to be united….so let’s get to it shall we?

2 thoughts on “United? Against A Real Pain In The ISIS.”