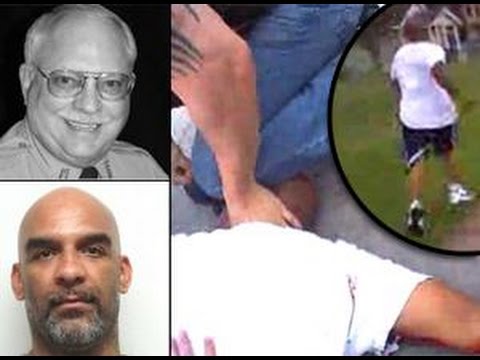 Being a police officer is one of the most underpaid professions aside from being in the U.S. military ( which is fodder for a future rant and discussion ). It is a job which historically has always been one of the most dangerous jobs you could have but was a highly respected jobs you could have. In the last number of years it is a job that is under constant scrutiny and literally under fire with officers being shot and killed at an alarming number. Even in the highest paid police departments in the area of Suffolk and Nassau Counties in Long Island, where officers make approximately 20-30% more at base pay more than a NYPD police officer doing a fraction of the average workload, it is still not nearly enough when you factor in the working conditions, the stress, the treatment not only from dealing with the worst of society but also the micromanagement and and disparate treatment from within the institution itself it’s hard to quantify into what would be a fair and just salary. The only saving grace ( at least in those areas of Long Island and NYC ) that officers can retire after 20-25 years and receive a monthly stipend for their years of service and dedication.

In some places in America there are simply not enough officers to patrol the areas of some police departments. The “manpower” levels needed to do it just aren’t there, thus many departments rely on the generosity of volunteers to fill in the gaps. Even with the largest police department in the country, the NYPD has approximately 4,000-5,000 volunteer “auxiliary” police officers. They are unpaid, unarmed volunteers who go through about 3 months of training, who are outfitted with uniforms nearly identical to those worn by full fledged, on duty NYPD patrol officers. They wear bullet resistant vests (only after 2 of them were assassinated a few years ago in the West Village area of Manhattan by a crazed gunman), they carry police department radios they can use to transmit for help or assistance, and carry batons which they are trained to use for self defense. They are used strictly in non enforcement roles such as support personnel for parades, traffic flow, and to be eyes and ears patrolling beats which have no beat cops on them. If they see something, they say something and call on the radio for the on duty police to respond and take over. That is their basic function and by and large most of them are very helpful to the NYPD in trying to police a city that has 6,000-7,000 less officers now than it did around the time of 9/11.

With all best intentions, using volunteers can be a blessing or a curse. Because they are volunteers, they are not trained nearly as well or as often as the on duty, active, full fledged police officers are. Why would they be? After all they are volunteers who may only come in 10 or 20 or 30 hours a week as a uniformed civilian patrol and are not supposed to engage in dangerous scenarios since they are not trained or armed to effectively do so. In the case of what happened in Tulsa Oklahoma on April 2, 2015 we have an interesting twist.

The incident involves a “reserve deputy” who happened to get himself involved in an active chase of a fleeing felon who had just tried to sell a firearm to an undercover officer in a gun buy and bust operation. You see the perpetrator (Eric Harris) conducting the transaction on video as clear as day. Certainly a guy we want behind bars because he is selling an instrument that kills over 12,000 people a year in violent acts every year in the United States, including a number of police officers. When Mr. Harris realizes that the party is over he bolts from the vehicle he was in with the undercover and takes off down the street. Where is he running to – who knows? Did he think he was going to out run the police on foot? Selling a gun means he was possibly going to do big boy jail time so he probably figured he had nothing to lose by adding a resisting arrest charge along with the other charges that would have been levied against him. At some distance down the street the officers catch up to him and he further resists arrest with one officer calling for a taser. The reserve deputy ( an unpaid, volunteer, 73 year old insurance salesman – Robert Bates ) whose role was to act in a support function and not in an enforcement manner arrives with the alleged intention to subdue Harris with a Taser and as he goes to zap him he (allegedly) unknowingly pulls out his revolver and shoots him once which kills Eric Harris instead of disabling him with 50,000 volts of electric. Reserve Deputy Gates gasps and says the now infamous line “Oh, I shot him, I’m sorry.” Well thank goodness he had the courtesy to say I’m sorry right?

What makes this story go from bad to worse is that apparently Mr. Gates was not only just a volunteer, but actually PAID to play cop, furnishing the local Sheriff with cars and equipment, which to his credit they clearly were not able to afford on their own and probably needed, but it immediately stinks of impropriety and conflicts of interest. To add further insult to injury is that the amount of training he actually may have received was not only inadequate but documents in relation to his training may have either been missing or falsified. The incident and the shocking allegations that have followed have confounded many law enforcement professionals around the country trying to figure out how such a major liability could be allowed to occur and left unanswered. Some have suggested that the age of Reserve Deputy Gates may have had something to do with it being 73 years old. NYPD officers are mandated to retire by age 63 regardless of their rank. Only if they are promoted to a civilian position could they go past age 63. I hope to live to age 73 nevermind find myself chasing felons and trying to taser or shoot them. That point brings us to the million dollar question in this case: How did Reserve Deputy Gates mistake a Taser for a firearm? A Taser is not located in the same place a firearm is ( aside from the fact that is it a very different looking and feeling type of weapon ).

You can see based on the picture alone that a Taser and a handgun are very different. On a police officer who carries both, they are located in very different places for obvious reasons so that the officer if choosing to use a Taser on a person knows that they have to reach across their body to get at it (usually on their non GUN side). The firearm is always going to be located on the officers “shooting” side of which they are trained to fire that weapon with their “strong” or dominant arm. Deputy Bates claims his Taser was tucked into a pocket holster in his bullet resistant vest which would be midway up his chest  in the center. That is quite a distance away from reaching down to his side where the firearm is, so how he thought he had a Taser when he reached down and rocked a gun out of his SIDE holster on his gun belt I really don’t know. Deputy Gates has not been charged with second degree manslaughter and released on bail after he pleaded not guilty. With all the scrutiny ( especially as of late ) you would think that departments large and small would look to close up any loopholes or possible areas that could be of liability to them, not only to avoid a tragedy but to also avoid not being put under the spotlight of American and world media and leaving themselves open to endless criticism and legal action. Apparently that was not the case in the Sheriffs office in Tulsa and now we shall see how this case plays out but one thing is for sure, you will likely see a review of all volunteer police assistance programs across the nation and whoever doesn’t take a long hard look is just being plain foolish.